Give back the problem its exclamation mark!

When exactly did the word "problem" get a negative meaning? Let's return back to the very dear etymology dictionary.

For example, if you think that I am talking gibberish, you won't be allowing "my way" to exist in your world and do things to you. You will just surf on to another web page and continue on surfing until you find something that passes through the pours of your mind's skin, making a difference for (on) you, "interesting" you. Off you go...

And the others who still stay on this page and continue reading probably have the same vague feeling that I have now: there is something important about this question of problem and existence and the negative meaning "problem" has in the everyday life, something that makes a difference in our existence, but what?

To my surprise, I often come across as a negative person when I talk to others. I've been thinking about what could be the thing I do to make people understand me as oppositional all the time since all I actually want to do is to have a nice conversation, stimulating and interesting enough to make me want to keep going, to feel as if something else is happening. Of course it is impossible to be objective when one tries to understand how one comes across to others but I think, in my situation, the negativity they feel is more about how they understand questions than it is about the negativity itself. People feel that questions (provocative ones, the ones that pushes you outside your limits) are signs of not-accepting, not-agreeing, not-liking, and all the "not"s. When all I do is to point out that there is another thing and another and another... waiting to be considered in any subject, they feel that I oppose them by not staying in the comfort zone of their own making. Well, maybe it is just my "problem" but I feel that there would be nothing to talk about if everybody just agrees and feels comfortable within one line of thought, without even going till the end point of that line which almost always consists of a jump to another line, and goes on to the next and so on... The "problem" is not taking the problem seriously enough to follow through. The "problem" is not wanting to deal with the problem(s).

And not everything is a problem. For example, if you want to change your job because it pays less than you need and all you consider about your job is the benefits, there is not much to talk about on this line. What your "problem" is here, is not an actual problem. It is merely an obstruction, a difficulty waiting to be solved by acting on it. But it will become a real problem once you start to question what you do as a job and how that effects you, changes you. You will still be unhappy about the job but instead of thinking that there is a solution (and in many cases there are solutions with which the "problem" itself disappears and everybody lives happily ever after), you will be on a constant search, problematising the very subject of how you live your life, how you spend your time while you are going through all the actual changes...  The way you put yourself forward is the problem which doesn't -fortunately!- have a solution.

My "problem" is my very own questioning but more with exclamation marks than neutral question marks. It is me following the lines while putting myself forward in a certain way that only I am capable of. It is me making a difference, being difference as I jump to that line instead of this willing to go on an almost infinite journey.

The problem should be understood as a verb. Problematising that is... Your problematising is your very own exclamation mark, the meaning of your problem which happens to be you leaving an affective trace in the world. 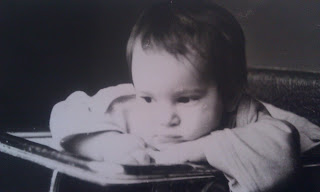 I guess this is why in the business world you are supposed to say "challenge" not "problem."

That makes sense since the "business" people have to deal with what's actually happening although they are interested with the outcomes of what happens. But calling it a "challenge" still is negative, as if the problem is something to overcome. Business people are too immersed in the aggression of benefits to be able to problematise with an exclamation mark. They want dots, clear and predictable truths.

Hmmm...so...the exercise? The experience? Living the journey, not the destination...via question marks? And of course these things:

Yep, nobody told that it is going to be easy though. The hardest way is to be able to live with those marks. I hate it sometimes because it makes life so difficult. But still this is the "how" of living: we don't even know how we got here and of course there is this mortal thing going on, pretty weird. So let's question what's happening while being immersed in it.
Marcus Aurelius has this to say: make yourself a definition or description of the thing which is presented to you, so as to see distinctly what a kind of a thing it is in its substance...
beautiful, don't you think?